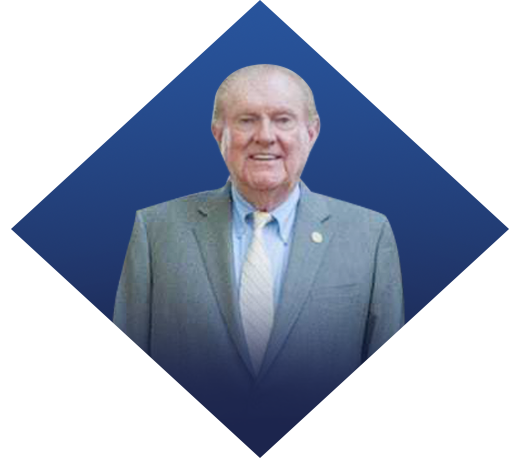 Email Me
Review Us

B. Bayles Mack has practiced law in his hometown of Fort Mill since 1960, when he joined his father to form Mack & Mack, Attorneys. His emphasis is on real estate law, with a specialty in eminent domain, where he assists clients in condemnation proceedings. Bayles also handles business law, as well as municipal and government law issues.

Bayles served as Attorney for the Town of Fort Mill from 1969 through 2014, when his son Barry took over the post. Bayles also served 4 separate terms as Commissioner of the State Highway Commission, now known as the South Carolina Department of Transportation, from 1979-2004.

Bayles is a proud grandfather to seven grandchildren. Bayles enjoys spending his spare time in North Myrtle Beach, where he is a member of the Myrtle Beach Living Legends and South Carolina Shaggers Hall of Fame.

“Asked a couple questions concerning potential sell by owner. They gave good advice. If we choose to go that route will use their services.”

“They were knowledgeable, efficient. Answered all of our questions. Gave us additional information we didn’t even request, that was smart and helpful. I highly recommend Mack and Mack.”

We used Mack & Mack for the closing on our home and it was the best closing experience we've had.

“ William did a phenomenal job handling a complex real estate deal. I would highly recommend him.”

Talk to an Experienced Attorney Today